Evernote is great. = an anecdote. The plural of anecdote is “data” and purpose of this article is to analyze the data on my Evernote journey, out loud and share the impressions of value in use over time.

Member since May 2008 (119 calendar months), but did not start adding notes to Evernote until July 2009 when I listened to the passage of GETTING THINGS DONE covered in the previous post. So I’ve been an active user of Evernote for 105 months of the 119 months I’ve had an Evernote subscription. After my “Aha! I should use Evernote as my reference fling system!” I broke my 14 month string of zero captured notes. Here is a raw time series:

Here are the data by month. October to February is moving time (5 times in 10 years) where I scan like crazy to recycle paper and avoid moving atoms. Bits are lighter.

In earlier years, before Evernote went to a 10 GB upload limit per month, I could scan more documents than I could upload in a month. So for 2011 I was waiting until the end of the month, then uploading as many documents as I could. Evernote for a while then, allowed me to buy more uploading capacity, and I did that several times.

How to track how many notes you have by Month in Evernote. Expand this image:

Trick #1 is to set the Evernote client to “Snippet view” so that you see the monthly note totals, and Trick #2, is to type “created:YYYYMMDD” in the search dialog. Evernote will then show you all the notes since the date you entered. So to find all the notes since 20100101 (the example above) you type in created:20100101 and then look at the top of the notes list, for the count for the month. I regenerated the notes count from scratch for this post (long ago I could count by hand!) 10 years is 120 data points. Easy.

Clearly it is … not all that clear … what Clearly is …

Evernote has a web page at: https://evernote.com/clearly/guide/ that shows you how Clearly works and what you can do with it.

Given that Web Clipper exists … why does Clearly exist? And do I really need Clearly?

Q. Why does clearly exist?

I *speculate* however, that there is a technology industry programming story novella behind why Clearly exists in parallel to Web Clipper. So, here we go …

In the big inning, was Web Clipper. Evernote *intuitively* understood that they needed an on ramp from the internet. So Web Clipper was developed. I *hypothesize* that Evernote whipped the slaves (in as much as Evernote can whip slaves who the company pays to have employee houses cleaned twice a month) to get Web Clipper done quickly.

This is not that big a deal except, creating Web Clipper created a team with a common bond of being whipped slaves (who have their houses cleaned for free). Programmers anywhere in near approximation to the word TEAM require me to point out the mother of all knowledge-worker-team books PEOPLEWARE by DeMarco and Lister. Because software teams are special, awesome, and if they release a product, powerful in nerd culture.

Then someone not on the Web Clipper team had an idea of making a “more pure” tool to bridge from the internet into user databases.

No. I do not have any leaked proprietary information Evernote. I’ve just seen this happen many times, at so many companies, that the finger prints of this kind of bifurcating product effort, do not even belong to the individual perpetrators. They belong to class events.

So, in our novella, the *insiders* are the Web Clipp-istas. And, the outsiders are the Clearly-purists. Once you have true outsiders within a company’s software ecology, you have evolved a new species of team that defines itself in being “not” the defacto internet-to-Evernote team. The result of two software teams doing similar but-politically-separate things is … 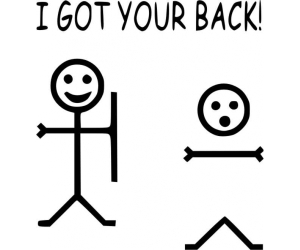 So, now we know the ecology of two teams running in parallel inside Evernote, why does Clearly exist? Well … initially, it was because Clearly did something that Web Clipper did not do (stripping out useless screen elements). Today, however, Clearly exists as the reading-R&D function for the Web Clipper team.

Web Clipper has moved to incorporate the functionality developed by the Clearly team. So now with clearly you have A LOT OF OPTIONS (see red arrows) about what to capture … So, Web Clipper by having Clearly’s “back” is the superset of functionality. And clearly, is the cutting edge.

Back to the question: And do I really need Clearly?

The simple answer is “no.” All a GTD person needs is Evernote Web Clipper. Evernote Clearly though awesome, though powerful, though it be ahead of Web Clipper, is the product of the marginalized software team.

Web Clipper in its myriad options (red arrows in image above) has more capabilities than Clearly. More to learn in the short run, but more simplicity in the long run because you only have to learn one tool.

Web Clipper folk, time to find something more cutting edge to do at Evernote.com! Web Clipper’s product manager is the “Bill Clinton of Evernote” and resistance is futile. Bill will assimilate you.