In the past week I’ve noticed problems with Evernote capturing from Web Clipper and Clearly. For example, go to this WIRED article on an artist who did a self portrait with GPS equipment and DHL taking the equipment around the world.

When I opened the article in Chrome for Mac, Evernote Web Clipper, and clicked Save:

Evernote said that it saved the clip: 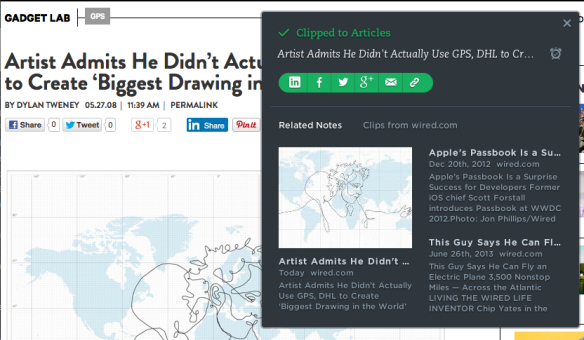 But … the clip did not appear in Evernote on my Mac after I synchronized.

GTD Evernote users, *might* want to check that web clippings are actually being captured. Just to be sure.