This is a quick post for the purpose of pointing to a counter-intuitive article in The New Yorker by Maria Konnikova titled “THE OPEN-OFFICE TRAP.” Larking was a company that made soap.

So Cool If It Worked:

I remember at the beginning of my career (1982) seeing the Diablo Printer factory in Hayward CA just before it opened. It had like a quarter mile long office area filled with Herman-Miller cubes. Walking into that office was like “Wow, how much did all this cost?” So uniform! So pretty! So cool!

Well, never say never. Because for open offices results have been checked.  And the OPEN-OFFICE TRAP is a nice gathering of some of the mountains of damning evidence that have been accumulating over the past half century. Here is a picture of the Larking Building open office: 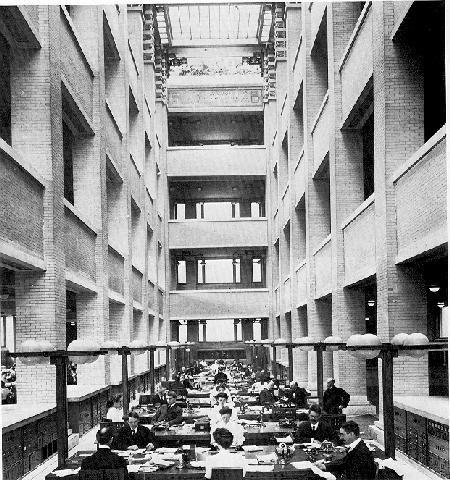 Imagine sitting in this sound-reflecting fish bowl and trying to get some work done. Not only would you have all the interruptions of today’s open office, you’d have a ton of sound pressure. The second floor was all typewriters, and their sound must have been deafening! And, the dress code of having to look like a uniform plastic employee would only add to the fun. 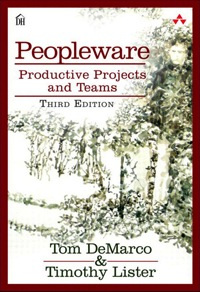 The best source of information I’ve found in the past 25 years on knowledge worker productivity is Peopleware by DeMarco and Lister. The book focuses on programming teams and does not attempt to generalize beyond coders. But, it articulates a lot of the general problems of knowledge workers.

After graduating to teach in St. Louis where I had many software engineers, I bought a second copy of Peopleware to loan to my programmer-students. One day I had a software engineer who came to class after missing the previous class. He had been locked into the building because there was a bug in the tomahawk cruise missile software he worked on, and the programmers had been prevented from leaving until the bug was fixed.

No kidding. So, I was caught without my loaner copy of Peopleware, so I told the student, you can make up last week by going to your software library, checking out this book Peopleware (write it down so you don’t forget). And then telling me what you think about it next week in class.

The next week in class the programmer came up to me at the beginning of class and said “How did you know about that book? Our managers don’t do any of the things the book says.  They’ve never seen it. My whole team is reading it now. You are a marketeer, how is it possible you could tell me about this book?” To which I replied, “Software engineering is the only function that is in Michael Porter’s value chain, twice. Software people are strategic resources for a company’s competitiveness.”

DeMarco and Lister cover “The Office Environment” in seven short chapters in Peopleware, the first of these chapters is “The Furniture Police.”