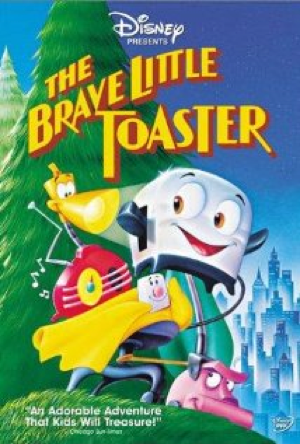 Here is a current picture of my GTD technology: The biggest infrastructure changes from my reading of GTD are #1: Getting a killer reference filing system (see Evernote above), and #2: Using folders much much much much more than ever before (see Folders above).

Purpose of this post is to make GTDers aware of Synology NASes and that within Synology’s capability to deliver an IT department in a toaster sized box, are several GTD capabilities that may:

b. save money, and

Below is a picture of my now obsolete DS508 NAS.  But, even though this NAS has not been sold for 5 years, over those 5 years, the DS508 gained a ton of GTD-relevant capabilities.

The back story on my love of Synology products begins with a review.  A review I wrote about Synology’s first NAS product in/for SmallNetBuilder.com in 2006.  I had never heard of Synology before.  But, having worked with firmware enginerds at HP I knew how great firmware *feels* when you use it.  The buttery smooth operation, the impossibility of crashing, the inclusion features I needed, but didn’t know I needed.  While reviewing the product, I emailed Synology’s president and said “This firmware is too good for a first product.  What is the story with that?”

The president emailed back the explanation that Synology’s NAS was not its first product.  Before developing NASes Synology had developed RAID software for enterprise storage systems.  Read that sentence again, before building its NAS, Synology took on the most difficult software task in the world, for the noisiest pickiest customers in the world.  Compared to enterprise difficulties, a home NAS was nothing.

But beyond providing basics, Synology from their first product has gone deeper than what customers say they want, to understanding customer needs and providing for them.  As Guy Kawasaki would say Synology’s products have always been deep, indulgent, complete, and elegant (DICE).

For example, the Synology NAS I reviewed was the first NAS company to allow its customers to start a large download on a laptop, hand the download from laptop to NAS, so users can run to a meetings … with their laptops.   *Note* No customers asked for this function.  Synology has a strong connection with users so that it can be “lawyers” for the users in product design.

In the six years since, the only thing that has changed is that functionality going into Synology NASes, has accelerated.

I’m re-reading THE SEARCH and in chapter 1 John Battelle reviews the big reasons to be uncomfortable with online services: surveillance, concentrations of data drawing hackers, not knowing how the service provider is using your data, the potential from being locked out of using your data.  Having my email moved off free IMAP servers and on my NAS is a relief.  Same for files on DropBox.

For those paranoid GTDers worried about having data on the internet, there is a key difference when you own the NAS and you can turn the sync service off except when you need to sync up your remote computers.  DropBox does not allow you to turn off internet access to your data, Synology NASes do.

Synology NASes are not free.  But, I justified buying a RAID5 NAS just based on protecting my digital photo library.  Hosting email and project folders while not free, is no *incremental* cost.  Synology also provides NAS anti-virus (also no *incremental* cost), remote access from anywhere on the net.  Once you buy the NAS, there are no more incremental costs.

Here is a picture of my next step GTD system.

I’ll still be using 3×5 cards and manila folders, but my Synology NAS allows me to migrate DropBox, eMail, and iCal. How does having my electronic “stuff” on my own NAS improve productivity?  Great question!

Being a 6 year customer of Synology, I’m hoping that Synology will smell opportunity and build an program for NASes that does what Evernote does.  If Synology could have DropBox and Evernote capabilities merged into one server, that would be sweet.

If Synology keeps on pushing NAS capabilities outside the box, watch out!

One thought on “GTD Toasters”